5 Oldest Universities in the UK 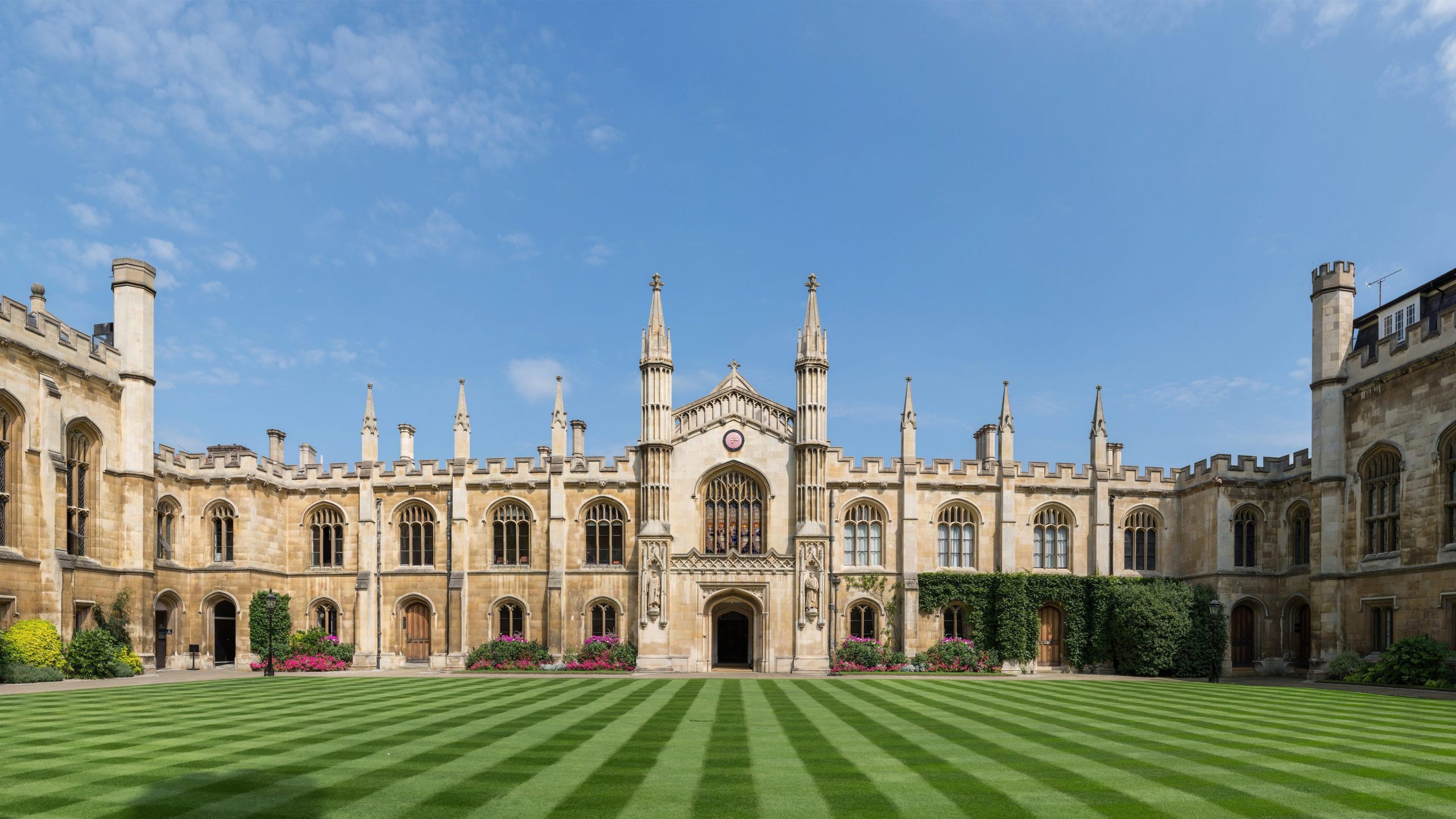 The University of Oxford is one of the oldest universities in the UK. There is no clear evidence if the university was founded in 1096. But it is said that it was founded after Henry II banned students from the University of Paris. It is also one of the oldest English speaking universities in the world. A major new capacity in natural sciences, applied sciences and medicine was added to its core in the early 21st century.

The college provides student accommodation, catering, social spaces, pastoral care and other facilities. Being the oldest university in the UK, it provides all the facilities you need, like careers, counselling, resources to the libraries, laboratories and museums are available. The University’s ‘Strategic Plan of 2018-2023’ sets out a framework of priorities to the divisions and departments of the University. The college organizes tutorial teaching for undergraduates to explore their subject in small interactive groups with an expert in the particular field. The University of Oxford ensures that its undergraduate admissions process identifies students with outstanding academic potential.

Rich in its history, the University of Cambridge is famous all over the world for architecture that attracts many visitors every year. This oldest Uni in the UK has a long history of customs and unusual terminology, built from the roots of the early years. Being one of the oldest universities in the UK, its treasured museums and collections hold exciting insight into scholarly activities of the past and present. One of the leading academic centres with a self-governed community of scholars. Its academics are known worldwide, how student intellectual achievements affect the world-class original research. Which is carried out by the staff of the University.

With 12,850 undergraduate students and 11,600 postgraduate students. The total amounted to 24,450 students in 2020. For students who come from over 147 different countries, Cambridge is a globally diverse institution for students who want to study abroad. It has established partnerships with Asia, Africa, America and Europe. The University follows the core values of freedom of thought and expression and freedom from discrimination. Encouraging students to ask more questions and having an extensive range of all majors in a variety of subject groups. Their mission is to contribute to society through the pursuit of learning, education and research at the highest levels of excellence.

Dating back to the 1400’s St Andrews is Scotland’s first university to be founded. Being one of the oldest universities in the UK and third in the English-speaking world. In 1410, teaching began at the University and was formally constituted with an edict issued by the Pope in 1413. Its museums are rooted in inspiration of the 600-year history of research and teaching by trailing knowledge for the common good. A mind-boggling fact about this university is that it consists of around 115,000 artefacts and specimens!

St Andrews is home to many habitats and it has implemented ways to take care of biodiversity, reducing carbon emissions through energy and water conservation, taking practical measures to make food choices easier and a range of support for sustainable travel. Its circular economy works to reduce, reuse, and recycle. The researchers address such key questions about sustainability for a better future.

Looking for a scholarship? All you have to do is fill the form in this blog!

Home to one of the largest collections of the National Museum. The University of Glasgow was founded in 1451 by a charter from the Pope. It is the second oldest university in Britain and the fourth oldest in the English-speaking world. In the early days, teaching began in the chapterhouse of the Glasgow Cathedral. Many famous professors and researchers from the past, like John Anderson, Sir William Pierce and Delphine Parrott are connected with the University, in many ways, since it has been one of the oldest universities in the UK. The University of Glasgow has more than 15 Regius Professorships, more than any other in the UK.

There are currently four colleges:

Many distinguished figures have taught, worked and studied at the University of Glasgow. In contrast to other universities in Scotland, Glasgow does not have a single student association. Instead, it has a number of bodies working with the welfare, representation and entertainment of its students. This oldest college in the UK has admitted both sexes as full members. Consisting of two independent students union, sports association and the students’ representative council. The University aims to give its students a satisfactory academic and social experience through a diverse on-campus experience.  A wide range of clubs, societies, sports teams, political and religious groups, with enthusiastic gaming societies!

This University has accomplished many incredible milestones over the past 525 years of history. It was founded in 1157 by the Bishop of Aberdeen. Due to the profound ignorance of the inhabitants and deficiency of uneducated men in Scotland, The University of Aberdeen was founded to solve such issues. Eventually, institutions put aside many differences to merge as one. It experienced a huge amount of trials and tribulations. The library contains an extensive collection of books, with over a million priceless volumes and ancient manuscripts. Open and free to the public and being one of the oldest universities in the UK, it maintains several museums and galleries. The collections stored are recognised internationally and are of national significance by the Scottish Government.

The University has over 550 different undergraduate and 120 post graduate programs. As of 2019-2020, the university had 15,185 students. The AUSA, Aberdeen University Students’ Association operates outside the university building and not in the traditional students union. The university has been involved in the creation of “The Hub”, a university-owned dining and social centre created by an extensive renovation. There are a number of student media, music and sports organisations.

We hope you enjoyed this blog on the ‘5 Oldest Universities in the World.’ To know more about related fields, do check out our other blogs.

← Prev: A Surge In Demand For The Toughest Courses In The World! Next: A Guide To: The World’s Top 100 Universities → 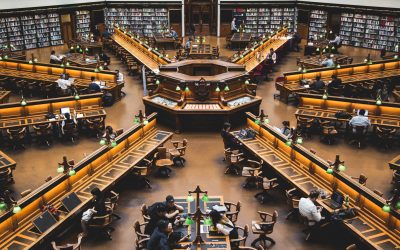 FAQs About The UK Education System

What Is An Independent School? There are two types of schools in the UK education system, the state schools are fully funded by the government and...

END_OF_DOCUMENT_TOKEN_TO_BE_REPLACED 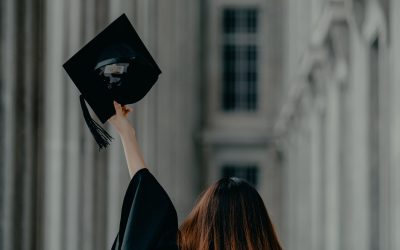 Scholarships To Study In The UK For International Students

Some of the world's oldest and most prestigious colleges and educational institutions may be found in England, Wales, Scotland, and Northern...

END_OF_DOCUMENT_TOKEN_TO_BE_REPLACED 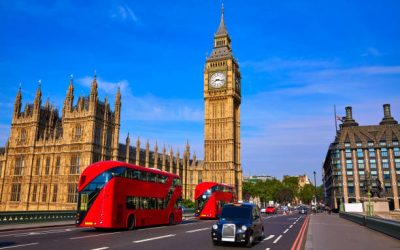 Why Study In the UK?- A Complete Guide

The United Kingdom which consists of England, Wales, Scotland and Northern Ireland houses some of the world’s oldest and most reputed universities...